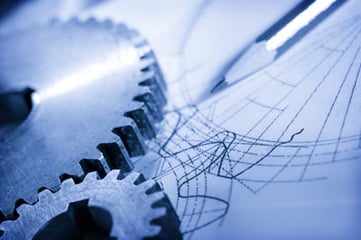 Is the electronics supply chain diving headlong into one of its infamous component undersupply situations and the associated procurement woes? Some industry veterans are concerned this may be the case as they watch average selling prices inch higher and demand strengthen in an environment marked by low inventories and limited manufacturing capacity. With companies keeping a wary eye on uncertainties in the global economic and political environment – and hesitant to raise capex – the stage may be set for a scary demand-supply imbalance by the third quarter of the year, sources said.

It may be too early to categorically state that the electronics industry will be enmeshed in another round of its vicious shortage cycles by mid-year. The industry is notorious for projecting inaccurate sales forecasts, numbers which companies nevertheless use to determine capex and other major infrastructure expenses. The repeated failures to hit projected sales figures have in the past hurt suppliers and OEMs alike, forcing many of them to be more cautious in production capacity planning.

The Current State of the Electronics Industry: 2017

The first half of 2017 created the perfect storm for electronics suppliers as capacity constraints, merger and acquisition, obsolescence and higher-than-expected demand is created component shortages across the supply chain.

The continued growing demand is causing a build‑up of extended lead times, with a small number of products now understood to be subject to lead times of as much as a year – meaning they are effectively on allocation. The leading distributors to the Cable Assembly and Wire harness Industries, are seeing lead times stretch across the board.

What do the Experts Have to Say?

It’s an environment that the world’s largest electronics distributor, Arrow Electronics Inc., hasn’t seen in a decade. "Entering the second quarter, the percentage of customers saying they did not have enough inventory was at the highest level since 2010," Arrow CEO Mike Long told analysts during a conference call. "The percentage of customers saying they had too much inventory was at the lowest level in over 10 years. We've taken all appropriate steps, including taking on inventory, to assure our customers get the parts they need."

"At Avnet, we are seeing lead times stretch across the board," said Phil Gallagher, president of Avnet Inc.’s Core Distribution Business. "The real problem/cause of extended lead times is that there’s zero slack in the supply chain," Avnet’s Gallagher said. "As such, even small positive demand changes have significant impact. This is largely because substantial investments in capacity have not been made over the last decade."

"Stronger‑than‑forecast global demand for components has followed an extended period of low capital investment by the companies that make them," he told Electronics Weekly. "Assuming that growth will continue at a similar pace in Asia-Pacific in the second half of 2017, manufacturer lead times are likely to continue to extend."

"Even with manufacturers and their authorized distributors working hard to mitigate supply problems and protect their customers from extending lead times, sometimes there is no end in sight. But in the short term organizations whose procurement people are not sufficiently diligent may be caught out... Customers need to sensibly review their order cover to reflect the reality of these extending manufacturing lead times to avoid potential delivery problems later in the year," he added.

JEM Electronics is a leading supplier of custom cable assemblies and wire harnesses, providing OEM and manufacturing solutions for a wide range of industries from military to consumer. We pride ourselves on going the extra mile to ensure on-time delivery in any industry climate.

With decades of expertise, contact us today with any questions you may have regarding your cable supply and manufacturing needs.